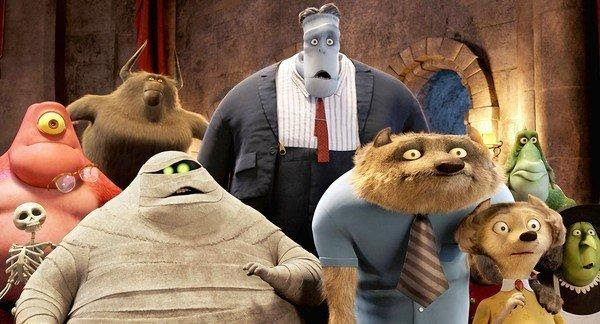 Sony Pictures Imageworks were at Siggraph 2012 showing off some behind the scenes process for Hotel Transylvania. The first pic shows how far we had to push certain poses using Sony's in house awesome tools. The second pic is how director Genndy Tartakovsky used his graphical awesomeness to make our poses even better.

I was always amazed at how Genndy would effortlessly draw the characters in such uniquely pushed poses, especially the hands. He'd put the hands in positions and angles I would never have thought to put them in. 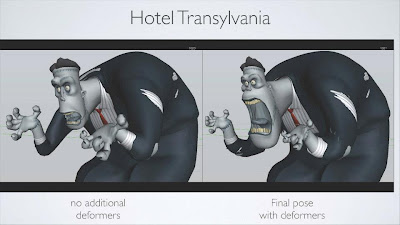 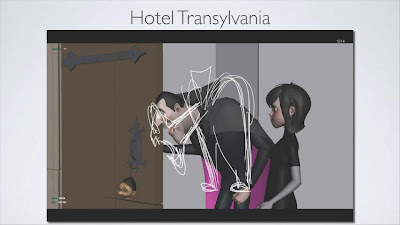 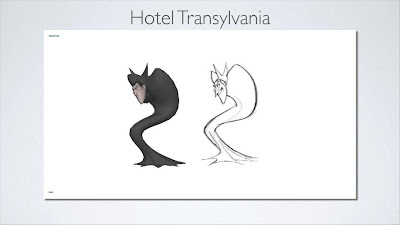 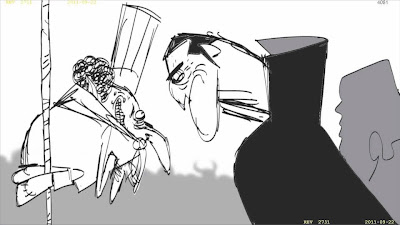 Can't wait to see this on the big screen!!!
Posted by Unknown at 3:56 PM No comments:

Hotel Transylvania in the news

Sony Pictures Imageworks general manager Rick Mischel was on the news recently discussing Hotel Transylvania, which has been accepted at The Toronto International Film Festival, which it will have it's world premiere.

You can see a Frankenstein shot being worked on in the background by one of Hotel T's leads Kevin Webb!
Posted by Unknown at 11:06 AM No comments: